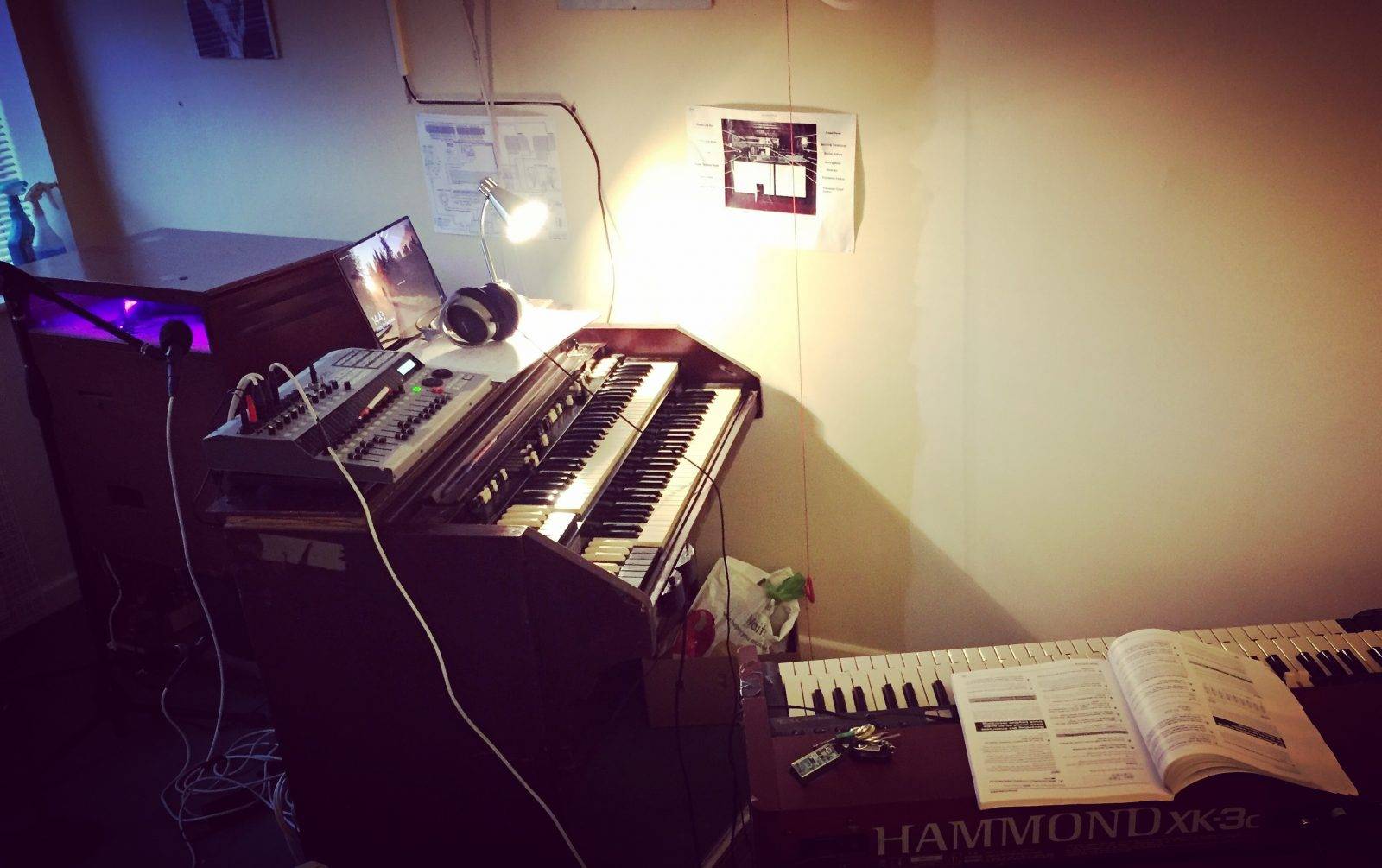 Happy New Year to you. I hope 2017 has started well so far? For me the back end of the year has been as busy one. I completed the service of my Leslie 122 in December (which has made it quiet as a mouse and perfect now for recording sessions), played three of four excellent live gigs, bought a second NEO Vent (well you cant be too careful can you?) and locked myself away in the live room of my studio being a Session Organ Player.

You will have seen part 1 of the Leslie re-build in these pages and part 2 will come as soon as practically possible. As you may know, I have a variety of ways to emulate the iconic Leslie sound for both live and recording sessions. The Vent works extremely reliably and well in most conditions to be honest and for quick sessions and much live work does the job admirably. I use my 760 for volume, crude and ugly volume combined with pleasurable, air moving whap whap whap fun but its the hammer in my toolkit to be fair. My 145 is the workhourse (the Phillips screwdriver – if I’m to stretch the analogy), its consistent, small (comparatively) , cheap-ish, easy to service and reliable (pictured here a many a moon ago). It can get a little boxy though, its amazing how much that extra 8 or so inches in the 122/147 opens up the sound so much. It works very well with the modern Hammond-Susuki’s though, plug and play (well totally reconfigure, then plug and play) but the sound comes out as you would like it. Unlike the 760 where you need to manufacture a huge mid-scoop to emulate the sound of the 145/122.

The 122 is tall, cumbersome and heavy and doesn’t get out much but when it comes to recording, and particularly recording with the C3 its the only one that gets a look-in really. Now that it has been fully serviced I can put a mic in front of it and hear that unique tone and less of the pops, rubbings and squeaks of a lifetime of unserviced and unoiled parts. This is the one to record with. 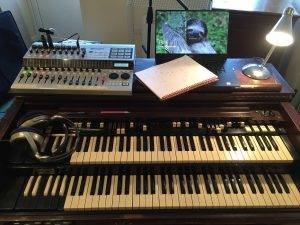 I was contacted late last month by my new internet pal Avi Rosenfeld a thoroughly nice chap who has seen some of my posts here and on YouTube and decided to contact me with a view to supplying some Organ for his latest album. Always happy to oblige (time permitting) I had a look at his tunes. They were good, slightly different rock songs many of which had a Deep Purple style edge to them. Well I was ‘in’ wasn’t I?

I set the C3 to “The Beast” Settings (Jon Lord fans will know that this is what he called his C3) and added a little bit of Uriah Heep and recorded three tracks. The setup was pretty standard, I whisked the 16 track recorder (yup, I still fancy the outboard kit for tracking purposes and the mic pre-amps are top quality) out of the control room to save me some time and stuck it on the C3. The C3 as you will be able to see in these pages is a June 1960 model and the signal chain is passive attenuator into MXR Micro Amp plus into TC Electronics reverb into Leslie 122. (the reverb will go when the Trek II reverb goes in).

You can get pretty clever with microphones and Leslies but from what I was hearing this wasn’t what Avi wanted, I heard an early 70’s sound mixed in with a little bit of Purple cica ’84 here and there for these initial songs and so I placed a Shure SM57 on the bass rotor and an SM58 on the treble. There are better quality microphones available to perform this task but, apart from the fact that I am yet to invest in some, this is a standard live setup (above standard sometimes!). All mono, all day – lovely. Get the wind-shields on and minimise the flutter (minimise – there’s still enough of it!) and get going.

One thing I am reasonably good at is learning stuff fast, real quick. On the downside I can forget it fast too, real quick! But for recording sessions this is a Godsend, and with a pen and paper in hand and a timed up 2 track backing recording loaded up on the studio I wrote out the songs structures and basic chord shapes in the first pass then went for takes straight after that. I had no advanced guidance so I could be myself and we both thought the results fitted in quite well.

The following songs for the album required a little more sensitivity from my part and my original thug-takes were, politely, returned with ‘requires improvement’. Fair one, I had come a long way delighting the client without any direction, its quite uncommon. Fortunately he knew exactly what he was after and once he told me I was able to supply the songs again in the style that he wanted – bright, trebly, ‘4-up’ (percussion tabs), Leslie fast, grooving and (hopefully) soulful.

That and some quality family time was pretty much my Christmas, with a wonderful New Years Eve gig thrown in for good measure.

Its good to know that the future of recording sessions with equipment like mine is in my grasp, you can’t take 31 Stones of gear our with you at a whim let alone cater for the fact that’s its 57 years old and may be temperamental (100% solid so far!) so the ability to share, receive, record and transmit parts across the world from my snug studio recorded in relaxed surroundings with a nice glass of Rioja makes me feel good inside.

I’m Hammond for Hire afterall, I love being a Session Organ Player in-between my working schedule with The Quik Beats and if time permits I am happy to oblige, message me for rates and schedules – no like no fee.

Previous Post
Leslie speakers, isn’t it about time you serviced yours? (part 1)
Next Post
Hammond XK-5 the new flagship 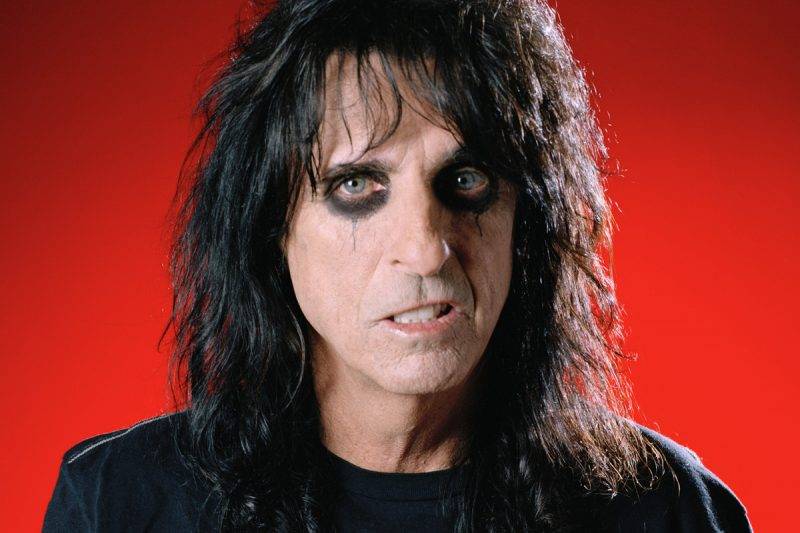 A message from Alice Cooper 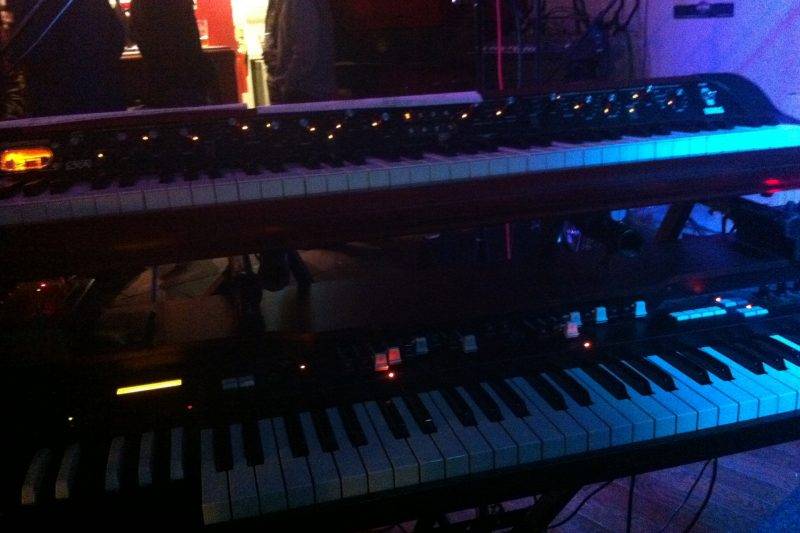