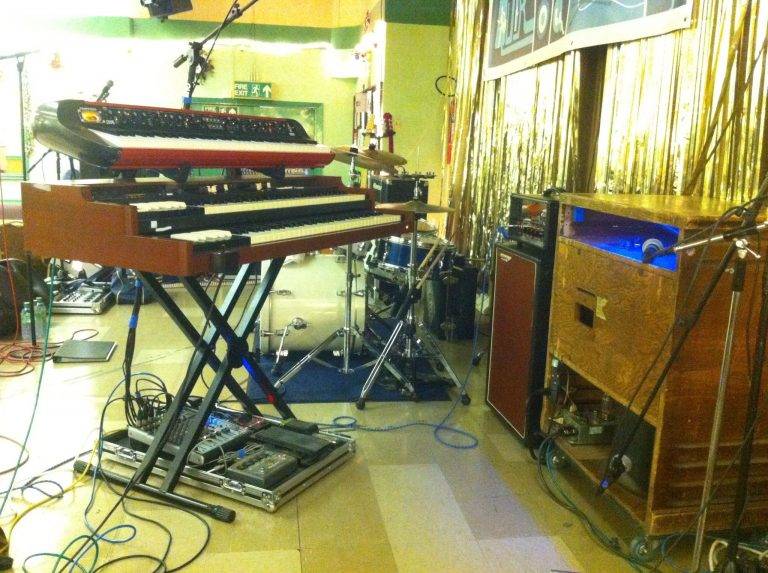 Now where was I? Ah yes, an update. Quite happy I was with the ART tube pre-amp and the level of Overdrive that I was achieving. All was fine. The niggle I had with it was twofold however, its big. There’s a lot of “stuff” going on there and I like the idea of a small, tucked away, thing. The other thing I noticed was that was getting HOT. This was probably as I was bending the needles for two hours but I had concerns that over the lifespan of a gig I could burn it out or something.

My man Neil had been given a steer onto an MPX Micro Amp that he wanted to try out. Seeing as I had the 1/4″ converted 145 I whizzed it up top his secret groove laboratory and we gave it a go. Pretty good it has to be said. Neil is after a dirtier overdrive sound that I am but it seemed controllable if not just a little muddy. It seemed to be able to handle the hot input too so for the £40 odd quid it costs if you want to overdrive a C3 easily then this is the one for you.

Neil has the Trek II reverb with Master Volume fitted to his ’64 C3, I have not. In fact I have a space where someone has ripped the reverb out and sold it separately. His reverb is integrated and sounds SWEEEET. Investigoogling I find that the Trek model is now up to £400 before fitting and currently way out of my price bracket (in fact its 40% of the price of the C3 and 122 that I bought!). I had a look around for an interim replacement and found a cheap TC Electronics spring reverb effect pedal, got it for a song and plugged it in.

I bought the Micro amp+ on a whim and me and Neil tested it. The bass and treble knobs that come with the plus are really useful to control the tone of the drive and we both agreed that this would be the preferable tool for the job. Connected up to my new ‘spring reverb’ pedal there was distortion all round and , long story short, it couldn’t handle the level out of the organ. I could have wired in some kind of attenuator to reduce the hot output but being a man with poor skills I managed to get hold of an attenuator pad foot pedal to do the job for me.

So now I’m nearly sorted. I think the reverb is dulling the sound so cannot wait to be able to afford the Trek II spring reverb and I am in discussions with www.hammondhire.com re a basic C3 MOT that I think I might be in need of. At that point we are ready to rock and roll….

oh, I just need a Van and some roadies but that’s just a mere technicality right? 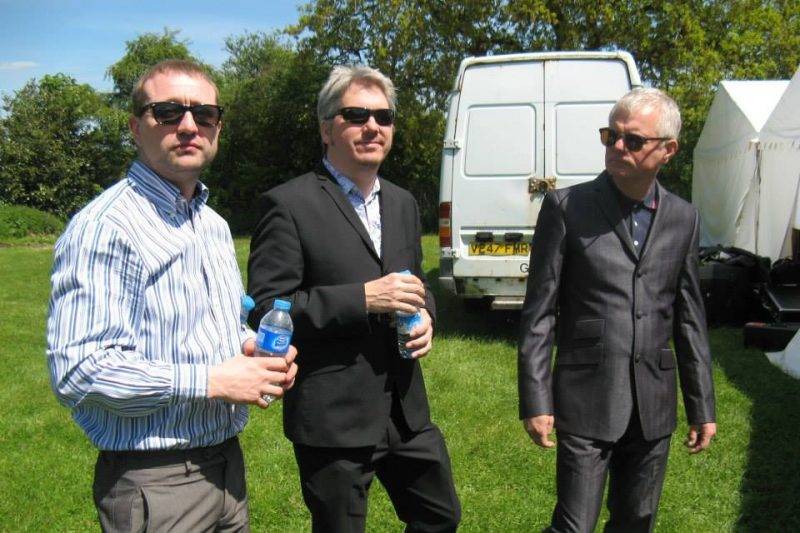